Expanding The Toolkit: Jacob from STL

For years I pursued a career as an artist and an educator. Art has always been a mirror of the time in which it was made.  As a sculptor, my work often mirrored a rapidly evolving world that was driven by technological innovation. I found myself making objects that strayed from representations of the human form made of bronze, steel, or clay and eventually I was making machines. Compositions of rubber, circuits, valves, and motors went about breathing, moving, and quivering. Serving no purpose other than their own existence, they were a metaphor for our own significance and futility. To make a living out of such unusual endeavors I also taught college courses, produced furniture, bicycle racks, theatre sets, jewelry, event décor, and generally anything that paid. Hobbling together a living from so many sources was exhausting. If you looked at incoming payments on my bank statement you might think I was crowdfunded.

Hobbling together a living from so many sources was exhausting. If you looked at incoming payments on my bank statement you might think I was crowdfunded.

My career had everything I wanted except stability. As an instructor, I always told my students that pursuing newer technologies available to the art world would only provide them with more opportunities. When the combination of my studio and academia was no longer a viable financial opportunity I decided it was time to pursue technology.

I had some minimal coding experience from my sculpture career, but only enough to know I needed to know more for it to be valuable.  I had a couple friends that had completed a LaunchCode program. They both had newly budding tech careers as a result. Following years of highs and lows, LaunchCode sounded too good to be true.

Since completing LC101, I've left that notion of too good to be true behind. The curriculum was well written, and though it was challenging, the material was broken into digestible parts. The course was segmented into three units, the first of which I took online in the Open Access Cohort. This cohort provided me the flexibility to try my hand at coding without disrupting my current employment.

Despite my initial concern for the potential solitude online study might present, our entire cohort had a chat channel that we used to communicate with peers and our Teaching Fellows. I was not alone, I felt like I was part of something. There were even hours that I could meet a Teaching Fellow in person. As an educator, I was impressed with the Unit One online book. It combined reading, example code, visual aids, and exercises. It favored understanding over memorization and accommodated multiple learning styles. Units Two and Three transitioned into industry-standard software tools while studying from videos, readings, and software documentation. The foundational skills I learned in Unit One allowed me to study my new tools with confidence.

I was not alone, I felt like I was part of something.

Instructional staff was composed of people that were in the industry, and many of the Teaching Fellows leading our study groups were from LaunchCode. The combined wisdom of the Teaching Fellows, our lead instructor, and regular visiting lecturers provided an incredible amount of insight. From early on I felt secure that their combined efforts were painting a clear picture of how I could move into tech. It was inspiring to be around so many industry professionals that simply wanted you to succeed.

Outside of the classroom, there were networking events, the Geek Gala, and an entire team working on apprenticeship placements. I never felt alone or questioned the direction of my progress. Beyond teaching me to code, LaunchCode provided me the means to enter the profession. Click to tweet

I had the opportunity to meet all walks of professionals, everyone from coders to executives. We weren't just studying code, we were getting to know the industry. Following LC101, I enrolled in the LiftOff program which guided my transition from student to apprentice. In LiftOff we practiced skills for interviewing, fleshed out resumes, and gave each other feedback on portfolio projects. After LC101 and LiftOff, I felt skilled in coding and prepared to transition my career.

Placement was a swift process. Coming from a career that was intensely competitive I was surprised at how quickly I was placed. After meeting with a placement coordinator and discussing my goals I made appropriate changes to my application materials and submitted my application to become an apprentice. That was it, there wasn't any crazy number of applications to be submitted through non-standardized forms at various company's websites. I was bewildered that I could hand my application materials to one person and that would spur my new career. I am starting as a developer at Express Scripts as a result of my time with LaunchCode and look forward to continuing my journey.

After LC101 and Liftoff, I felt skilled in coding and prepared to transition my career.

What about all that work in my former art career?

You never really leave behind your past, and I haven't truly left behind my former career. I've found two instances of a useful skill from my art career, keeping a sketchbook and an approach to designing mechanical systems.

Keeping a sketchbook is like a place to write down your thoughts and work through a problem. As a coder, I still keep a sketchbook, but most people might call it a notebook. I write out problems I'm trying to solve, write pseudo code, and make sketches for app user interfaces. It helps me keep my projects fresh in my mind.

Building a mechanical system for a kinetic sculpture and writing code are both a matter of problem-solving approaches. You start by getting something simple working. If I need a small motor to move a joint on a sculpture, figuring out a power source is the first step. That could be a simple as trying different batteries to find a voltage that moves an object at the desired speed. Likewise building an application starts with a few simple lines of code that might load your first web page or render a text box, and submit button. Once those items achieve the desired result they are built upon.

Some individuals perceive coding as a tedious and mysterious process that most people are not capable of. The truth is, most people possess a number of the tools they already need. An auto-mechanic solves and diagnoses complex mechanical issues, a line cook smells and tastes a dish making incremental changes until it is on point, and a carpenter understands how complex form can be constructed from standardized materials. These people are already problem solvers.

LaunchCode allowed me to take the skills I enjoy using and turn them into a lucrative and viable career pursuit.

I found moving into tech to be incredibly empowering. I have known many artists in positions similar to mine. Despite being skilled, and hardworking, monetizing my skills was where I struggled.  LaunchCode allowed me to take the skills I enjoy using and turn them into a lucrative and viable career pursuit. 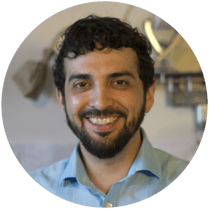 /// Turn your tech skills into your next career opportunity. Apply for our Apprenticeship Program today.

I have been fascinated with computers for about as long as I can remember. As a child, I remember...

Confections to Coding: Maroua From KC

My path into tech isn’t what most would call “straightforward.” Growing up as a first-generation...

A Q&A With Jacob Francois

What did you do before LaunchCode? For years I pursued a career as an artist and an educator. Art...