An Affordable Answer to the Tech Talent Gap

Most options we rely on to train tomorrow’s tech workers have a crucial flaw. They cost money.

Today’s workforce has a massive tech talent deficit that impedes growth and leaves regional economies unprepared to compete. Near-term solutions have focused on higher education strategies and new training models like for-profit coding bootcamps. Those are important components of a tech ecosystem but they miss what the market is telling us: high-quality, job-focused coding training should be free.

A 2016 survey by job search company Indeed revealed that 83 percent of hiring managers and recruiters believe difficulties in tech hiring have cost their companies revenue, slowed the evolution of their products and limited expansion. Widespread concern among employers about the profound impact on business demonstrates that new sources of tech talent are not an extravagance to be explored in boom times but a necessity for success in today’s climate.

With demand for tech skills so high, this pay-to-play approach represents a market failure.

Yet the primary strategies being used to bridge the gap almost universally require unemployed or underemployed people to plunk down cash or absorb personal debt to pay for the skills needed for these roles. With demand for tech skills so high, this pay-to-play approach represents a market failure.

For-profit coding bootcamps are a good illustration of how the present system falls short.

These programs, which charge learners an average of more than of $11,000 for a full-time class that typically lasts about 12 weeks, have for years been touted as a core solution to the tech talent problem.

But this summer, two well-regarded national bootcamps announced they would be shutting down. Those familiar with the closures of Dev Bootcamp and The Iron Yard cite a common theme in their failures. They point to a business model reliant on a steady stream of people able to pay or borrow a five-figure sum to walk through the door. For many job seekers, wagering the equivalent of a new Nissan Versa on success has proved too high a barrier.

Earning even an associate’s degree at community college will run an average learner $6,000 or more. A bachelor’s from a state school well into the five digits.

Meanwhile, many institutions of higher education have recognized their programs are frequently not filling industry’s tech needs, and have therefore developed new curricula and worked closely with employers to teach employable technologies. Still the fundamental challenge of cost remains. Earning even an associate’s degree at community college will run an average learner $6,000 or more. A bachelor’s from a state school well into the five digits.

Though $6,000 may not be a fortune, it poses a genuine challenge to accessibility. Plus, new tuition bills are anathema to thousands of job seekers who are looking for upgraded skills and opportunities in tech after having already taken on debt for a prior degree that has failed to yield a fulfilling career.

Cost need not be a deal-breaker, however.

Today, hundreds of people are getting high-quality computer programming training in person and are paying nothing for it. Nor will they be required to pay for it later if they get a good-paying tech job. LaunchCode, a nonprofit headquartered in St. Louis, is providing large cohort coding classes in cities across the country using a part-time model that in twenty weeks prepares graduates for jobs as entry level developers.

LaunchCode’s classes are funded by corporate sponsorships and subsidized through placement fees paid by employers who hire successful finishers. Because tech aptitude and potential is distributed more evenly across the population than the ability to pay for training, the LaunchCode model makes a tech career accessible to people who belong in those careers but who have been priced out by lack of resources or connections.

Despite how it may sound, funding tech training and giving it to driven learners for free is not about philanthropy or corporate responsibility. It is primarily an act of self-investment and value maximization by talent-starved employers.

Consider the economics of LaunchCode training. A 20-week class for 120 learners costs about $150,000 to run. Conservatively, 60 people will successfully graduate the intentionally challenging class and half of those will be ready to step into developer jobs right away. That means, by funding a single class, a company will have created 30 new developers at the astoundingly low cost of $5,000 each. Not only does this allow companies to build their own workforce affordably, it also quickly adds net new tech talent to the ecosystem, which helps reduce poaching of experienced talent among employers and exert a stabilizing force on wages.

The lesson is clear, if not yet broadly applied. Instead of marginally improving access to the costly ordinary means of gaining tech skills, we should pursue innovative solutions that provide tech training, for free and at scale, to people who have been ill-served by the traditional models. LaunchCode does this today and challenges communities across America to join us.

Business simply can no longer afford to limit tech careers to those who can pay for one. Click to tweet 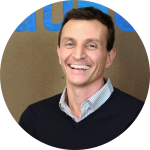