Company Partnerships: A Spotlight on Maritz

At first glance, Maritz and LaunchCode may seem to have little in common other than being based in St. Louis. Maritz works with other companies to improve customer experience and loyalty, increase employee engagement and recognition, and offer rewarding meetings and events, while LaunchCode is a nonprofit organization that offers free coding classes that open doors for motivated individuals to enter the technology field. However, these organizations are linked by a strong common goal: to foster opportunities for driven people.

For the past four years, this shared mission has cultivated a close partnership. Not only has Maritz supported LaunchCode philanthropically by funding programs so LaunchCode can offer them for free, but Maritz has also helped LaunchCode achieve its primary goal of finding tech jobs for talented individuals. Since the partnership began, Maritz has employed eight LaunchCode graduates.

“We love to hire eager talent with an aptitude to learn who can grow with Maritz,” says Jaime Eisenhauer, Maritz talent acquisitions manager. “LaunchCode’s intensive courses, project dedication, mentoring programs, and marketing abilities help Maritz source talent that fits into our teams and culture. LaunchCode is helping us accelerate our corporate diversity efforts as well as offering training at competitive prices. We value this thought leadership and partnership.”

Natalie Piontek, a graduate from one of LaunchCode’s programs, epitomizes the driven – yet often nontraditional – talent that both Maritz and LaunchCode value. Originally, none of Piontek’s diverse interests were related to technology. After an injury prevented her from completing her bachelor’s degree in flute performance, she took up English literature and went on to earn a master’s degree in arts journalism. Yet Piontek found many of the jobs available to her dissatisfying and without the stability and challenges she desired in a career. On the recommendation of a few friends, she spontaneously enrolled in LaunchCode’s introductory computer programming course, LC101. 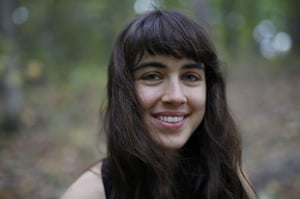 Although she had no background in coding, Piontek thrived in the high intensity, 20-week course. She credits her positive experience to the strong mentorship she received from her lecturer, Doug Shook. “I never felt that I was asking a stupid question, and Doug explained both simple and complex concepts with great clarity,” Piontek says.

I felt a bit like I had been dropped in a foreign-speaking country,” Piontek recalls. “I barely understood the [programming] language at first, but with constant exposure, I picked it up quickly.

Only three months after completing LC101, Piontek was placed as a paid apprentice at Maritz, where she now works full-time as a back-end Java/SQL developer. The job was challenging when she first began, as is common for entry-level developers. “I felt a bit like I had been dropped in a foreign-speaking country,” Piontek recalls. “I barely understood the [programming] language at first, but with constant exposure, I picked it up quickly.” Unlike the career options she had prior to finding LaunchCode, programming presents Piontek with a constant stream of exciting challenges. “I can honestly say that I am never bored,” she says.

Only three months after completing LC101, Piontek was placed in a paid apprenticeship at Maritz, where she now works full-time as a back-end Java/SQL developer.

It is through generous funding by organizations like Maritz that Piontek was able to find this fulfilling career. “I’m very glad that Maritz supports LaunchCode philanthropically,” she says. “Had LaunchCode not been free, I might not have been able to enroll. Although graduates of LaunchCode are new to programming, many of them have useful skills and work experience in outside fields that they can apply to their work as programmers.”

Piontek is one of over 1,200 people who have used LaunchCode as a stepping stone to a career in technology since 2013. In 2017 alone, LaunchCode placed 282 people into jobs.

“At Maritz, we are dedicated to empowering people to reach their full potential and ensuring a solid and bright future for generations to come,” says Debbie Schirmer, community affairs director at Maritz. “We feel the best way Maritz can have an impact in the communities in which we live and work is to align ourselves with educational endeavors.”

LaunchCode prides itself in graduating more job-ready students than 97% of the computer science programs at colleges and universities in the U.S. at no cost to students. But they can’t do it alone. It is partnerships with companies like Maritz that enable LaunchCode to help motivated people pursue their dreams.

/// Looking to narrow the tech-talent gap as an employee or employer? Check out our apprenticeship program to get real, on the job tech experience, or become a LaunchCode Company Partner.

Top Tips For Your Tech Interview You’ve landed the interview — great job! Whether you are diving...

For Padmini, coding is like creating her own logic. “When you write your own code, it feels like...